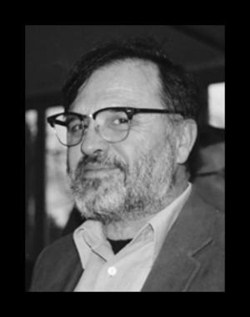 Andreas Brandolini was born in 1951 in Tauscha, Germany, near Leipzig. After studying architecture in Berlin, he worked as an independent designer in Ulm until 1981, then founded experimental design collective Bellefast in Berlin, in 1982. In 1986, he launched his own studio, Brandolini, Büro für Gestaltung. Andreas Brandolini has taught in many art schools: HFG Offenburg, HDK Berlin and especially HBKSaar (Saarbrücken) until 2017. He has designed several objects and furnishings edited by Cappellini, Zeus and Own Edition; created interiors for boutiques and public spaces; and designed exhibition sets. His work has been shown in various exhibitions and international fairs: Documenta8, the Biennials of Milan and Sao Paulo, International Design-Forum Singapore, Los Angeles Designcenter, Centre Pompidou Paris, Museum für Kunst und Gewerbe Berlin, Grand Hornu, DDays Paris, and more.

Season VIII- Meisenthal, Douglas Vase 10 years – Made in NY Series -, from Brooklyn to Brussels, in presence of François Anzambourg, 8-9 September 2018

Season VIII- Meisenthal, The Age of Glass, a group show from 25 May until 9 September 2018

SEASON VIII – MEISENTHAL, THE AGE OF GLASS, A GROUP SHOW FROM 24 MAY UNTIL 9 SEPTEMBER 2018
The Age of Glass is a group exhibition showcasing a curated selection of recent and new art and design works created by more than 25 creatives around the theme of contemporary glass and highlighting the renewal of contemporary glass art and design practices that are all Made in Meisenthal,